Ideally located in Hesket, surrounded by the beautiful Macedon Ranges, Gary and Helen O’Meara’s Miranda Park has developed and grown into one of Victoria’s premier broodmare farms.

Although growing up in the city, horses were always a big part of life for Gary, through his uncle, Herb O’Meara.

“Uncle Herb was my main horse influence, as he stood Jovial Lad at his property at Warrawidgee, near Griffith in NSW. He bred some excellent bush horses.”

As his love of horses grew, Gary spent as much time as he could at his good mate, Ray Matthews’ farm, who is now a respected horse-breaker at Romsey.

“Ray’s family had a property called Newman Park, so for most of my teenage years, we were riding stock horses, breaking in youngsters and training trotters. It was a lot of fun.”

When Gary’s family bought Elstree Park at Bullengarook, he stood a couple of stallions with his brother Shane.

“The Manihi bloodlines were popular, and with Manikato at his peak, we initially stood a stallion called Increase, then a couple of years later, from Lee Freedman’s father's estate, Tony Freedman, we stood the Home Guard stallion, Warmington.”

Gary having studied Chinese and political science at Melbourne University, left horses for a couple of years and headed over to China, as part of the Australia- China council scholarship.

“It was a great experience, and I met Helen over there, so it was well worth the trip. We returned together and bought Miranda Park about 15 years ago.”

With views overlooking the iconic Hanging Rock, and near to Melbourne, it allows owners easy access to their mares and foals and for the quality band residing on the farm, a convenient location to all stallion farms.

“It was full of cattle and barbed wire when we bought, so we started from scratch. It was a great chance to design the laneways and paddocks to suit the horses and the lay of the land.”

“The flat paddocks are a great asset, staying lush and green during the summer months and the hills at the back of the property are so valuable to help to grow out the young stock."

"I think that is why we are producing horses with substantial bone, developed muscle and sound wind. They are healthy and robust young thoroughbreds, and off the back of that, we have an exceptional strike rate of success on the track.”

Gary is the Vice President of the Kyneton and Hanging Rock Racing Club, and is a strong advocate for the blossoming breeding industry in the Macedon Ranges.

With 60 mares on the property during the season, Miranda Park also has a boutique broodmare band of its own.

“We are continually in the process of upgrading and improving our mares, and rather than quantity, we ideally would like to have half a dozen high-quality producers. It is a never-ending process, trying to anticipate what the next big thing will be in the covering shed to help make a mare more commercial.”

From this year’s arrivals on the ground, they have been thrilled with the foals produced as a result of matings with Swettenham stallions.

“We have sent many mares to Swettenham stallions in the past, Dash For Cash, Bianconi, and now their line up is ticking all the boxes to breed our mares commercially.”

“We are lucky to have two exceptional Toronado’s on the ground. Both are so typical of their stallion, even down to the markings on their face, with their jagged blazes. They are correct, strong, outstanding foals and will headline our Premier draft the following year.”

“I am also a big fan of Trust In A Gust, having bought a lifetime breeding right. His foals have impressed me, and I do not doubt that they will be real racehorses.”

Gary has had a long connection with Darren Weir through his China connections, which influenced him to take up the opportunity in Trust In A Gust.

“Darren made it clear that he would help support and promote him as a stallion, and he seems keen to consider and take the time to look at his yearlings.”

“My son, Tom bought a couple of quality mares from the Sydney Easter Sale, including the Rock Of Gibraltar mare, Miss Chaqueta, who is a full to Pillar of Hercules. She headed to Trust this season and is sure to produce a lovely foal.”

Gary and Helen’s son, Tom, had been on board with the family breeding operation for a year now.

“He is an experienced diesel mechanic by trade but was ready for a change. Since he arrived at the farm, he has been a huge asset, and I wonder how I managed without him. Off the back of our good year last year, I think he may have caught the thoroughbred breeding bug.”

Although not horsey growing up, Tom has been a fast learner and seems to have a natural infinity with thoroughbreds.

“He is just terrific with the horses. Some people just seem to have the knack of how to handle a horse and where to stand, and although he is still learning, he has the patience of a saint, so it is working out perfectly.”

“On the topic of saints, when we came back to Australia I was teaching Chinese, so Helen carried the whole operation herself. It was our passion and Helen continued the farm for both of us.”

“Helen would do all the vetting, the office work, accounts, liaising with clients, studs and vets - it was a massive job. She had her finger on everything and still does. Her role is critical, as it means Tom and I can spend our time on the practical jobs.”

But as any breeder tells you, breeding horses is full of ups and downs.

“We, unfortunately, lost the mare Blushing Gem this season shortly after foaling, so we had to go on the hunt for a foster mare for our Americain foal.”

“Through the power of social media, the community response was wonderful, and with the help of Tom Conlon, we found a mare and had her back by midnight. By that time the foal was starving, so we were fortunate that she was placid and accepting. They bonded straight away, and he hasn’t looked back.”

“He is just a lovely colt, and we were grateful that he was able to have 30 hours on the mare and get a good supply of colostrum. He was born a big, strong, robust foal, so typical of Americain, and hopefully, he becomes as famous an orphan as Redzel!!!”

“Swettenham is a terrific farm, from the administration staff to the stallion crew, they are all so easy to deal with. It runs smoothly, and they work with you to arrange the best breeding slot for your mare. From the moment you arrive, they ensure walking mares onto Swettenham goes like clockwork.”

“It comes through very clearly that Adam Sangster has the Victorian breeding industry at heart, and supports the local breeder through his stallions on offer."

“The more stallions that fire within the Victorian breeding industry, the better it will be for all farms, studs and breeders. Instead of the mares leaving the state, we will be attracting them all down to us.”

“Breeders also notice that Adam always makes an effort with his personal touches. He was there to welcome every guest on arrival at the farm for the parade. It may have been a small detail, but sometimes those small details make all the difference." 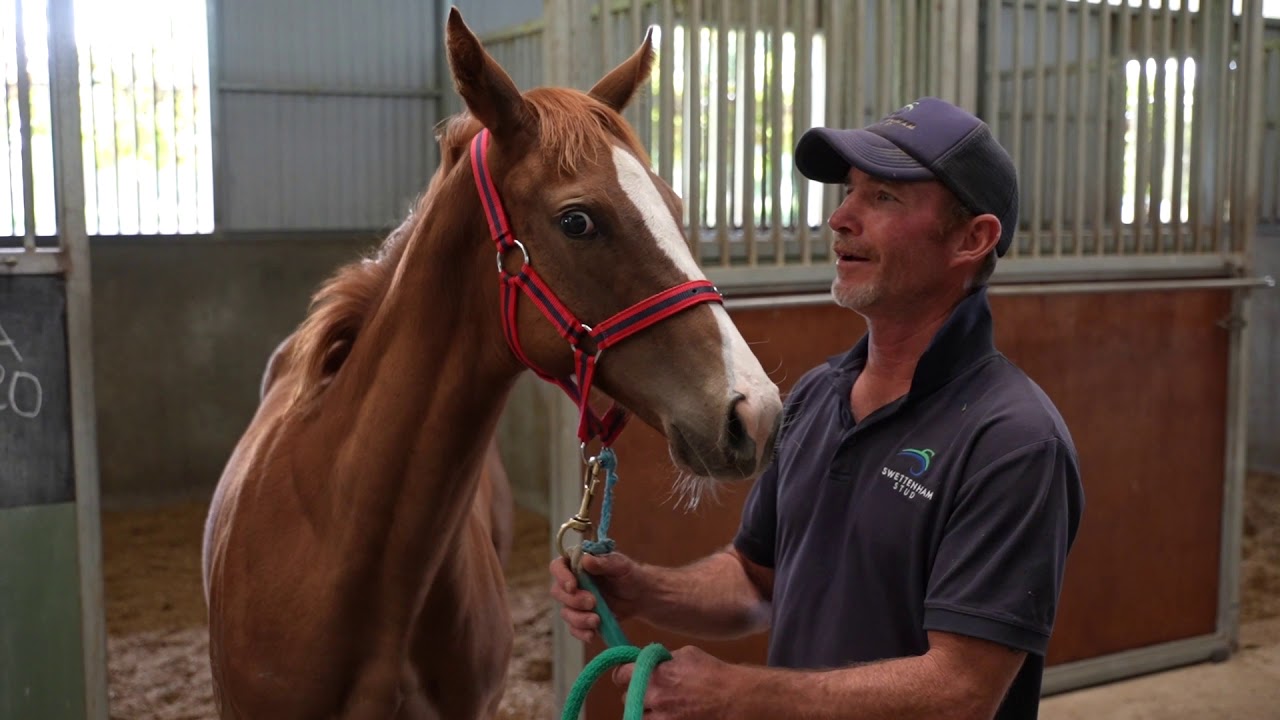